Items related to Precalculus With Limits: A Graphing Approach

Precalculus With Limits: A Graphing Approach 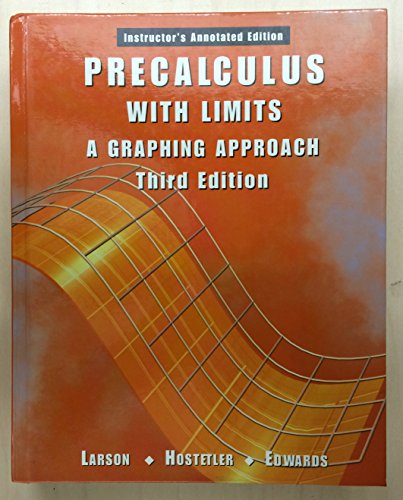 4. Precalculus With Limits: A Graphing Approach