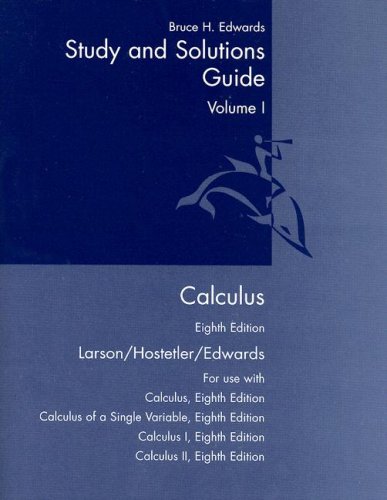 Solutions to all odd-numbered text exercises in Chapters P-10.

Book Description Cengage Learning, 2005. Paperback. Condition: New. THE BOOK IS NEW. MAY HAVE MINOR SHELF WEAR.MULTIPLE COPIES AVAILABLE. FAST SHIPPING. WE OFFER FREE TRACKING NUMBER UPON FAST SHIPMENT OF YOUR ORDER. PLEASE LET US KNOW IF YOU HAVE ANY QUESTIONS AND WE WILL GET BACK TO YOU ASAP. Thank you for your interest. Seller Inventory # 0618527915-N