Items related to Introduction to Politics 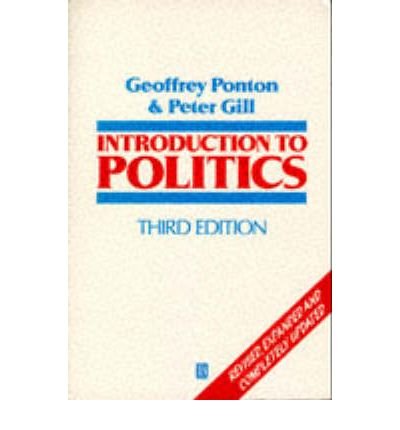 First published in 1982 and now appearing in a reorganized and completely updated edition, including data on the 1987 General Election, this work aims to fill a serious gap for students at sixth form and first degree level. It concentrates on the problems inherent in studying political concepts and institutions, and is designed to encourage the reader to think. Each chapter ends with questions for class discussion and suggestions for further reading. The book is based on three case studies - Britain, the USA, and the Soviet Union - providing concrete examples of the political themes it discusses: socialization and participation, the political relevance of the judiciary, the police and the military, international politics and centre-periphery relations. It is intended for first-year students of politics in universities and polytechnics.

In this new edition of Ponton and Gill's well-known text, new material on recent events and political changes, especially in Western, Central and Eastern Europe is incorporated into the explanatory frameworks offered by political science. Students are given a superlative guide to the concepts and models political scientists bring to bear on real world happenings. Two entirely new chapters consider the dimensions of globalization, focusing on the interplay between political concerns at the level of nation states and their international contexts which shape national agendas.

Introduction to Politics balances the need for clarity and ease of understanding with the need for depth of reflection on matters of political substance. It is an indispensable volume clearing a pathway for all students seeking to develop knowledge and a capacity for judgment about politics.