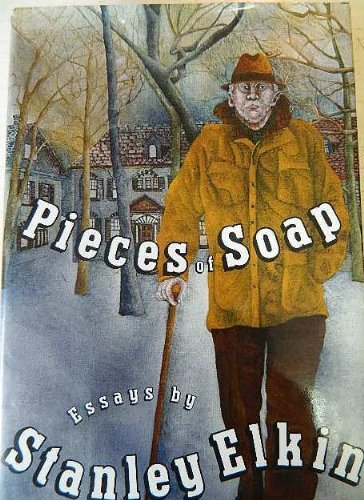 A collection of witty, idiosyncratic essays offers observations and reflections on American absurdities, ranging from show business to the First Amendment, high literature to first sex. By the author of The MacGuffin.

Stanley Elkin (1930-1995) was an award-winning novelist, storywriter, and essayist. He lived in St. Louis, MO.

“Weird and spirited . . . the constant running through Elkin’s essays is the thrill they convey of a writer actually thinking―fresh―on the page.”
- Maureen Corrigan, NPR's Fresh Air

“Elkin's inimitable language is an exuberant blend of high allusions and colloquial registers, as bounce-and-pop and it is stop-and-go. His sentences can contain, on the same page, wonderful one-off puns (he refers to remainder shelves as "has bins") and a stretch of boisterous brilliance . . . . you'll leave satisfied and completely stuffed.”
- The New York Times Book Review

“Stanley Elkin is no ordinary genius of language, laughter, and the irresistible American idiom; he is an ingenious genius―an inimitable sword swallower, fire-eater, and three-ring circus of fecund wit and inexhaustible comic artistry.”
- Cynthia Ozick

“Mr. Elkin's world is a wonderland of language. No writer commands words more artfully than Mr. Elkin at his best. No one else bends English into such fantastic and fanciful shapes or wrests such comedy from such unlikely material.”
- The Wall Street Journal

“Elkin is one of America's great tragicomic geniuses.”
- Robert Coover

“Brilliant . . .His sentences are long riffs of jazz; the words swarm and gather; the prose is exuberantly betroped, exhilaratingly de trop.”
- The New York Times

“Not since James Joyce, perhaps, has there been a better serious funny writer than Stanley Elkin . . .a dazzling master of language.”
- Publishers Weekly

“It's raw energy that Elkin loves . . . He's Ahab smashing through the mask with jokes. Grizzly reality is his straight man.”
- John Gardner

“A divine exploiter of the idiocies and intricacies of our language.”
- John Irving

“How does Stanley Elkin make magic, book after book?Well, sentence after sentence, word after word, is how. He is an irreplaceable treasure.”
- Geoffrey Wolff