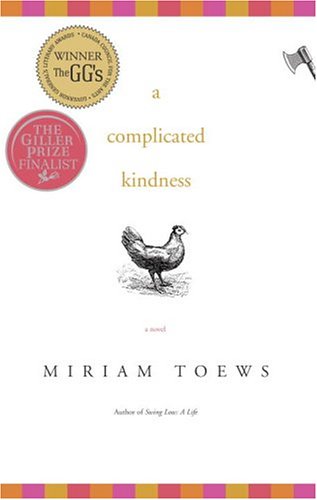 The third novel by this Canadian author is a coming-of-age story which balances grief and hope through the voice of a witty teenager.

Miriam Toews is the author of two previous award-winning novels, Summer of My Amazing Luck and A Boy of Good Breeding, as well as the memoir Swing Low: A Life. She contributes frequently to CBC Radio, National Public Radio, and the New York Times Magazine, and has received a gold medal in the National Magazine Awards for humour. Cara Pifko was recently nominated for a Gemini Award for her starring role as Alice in CBC TV's popular series This is Wonderland.