Items related to Murder in Focus 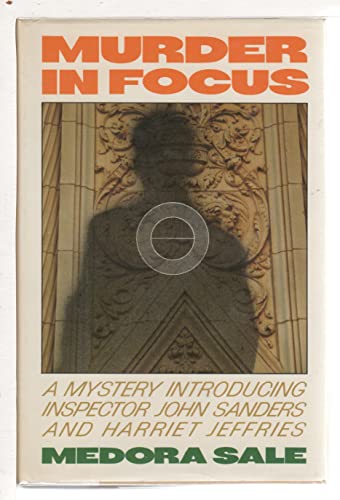 Applying the duplicity and distrust of espionage thrillers to branches of Canadian law enforcement, Sale ( Murder on the Run ) introduces a new series with this complicated but believable tale. Toronto's Inspector John Sanders, in Ottawa prior to an international trade conference, is with architectural photographer Harriet Jeffries when she takes a shot linking two men who would rather not be seen together. Her apartment is later ransacked, as is the motel room they move to. John suspects the photo is connected with the recent death of a construction worker, even before he discovers the dead man was an undercover agent in the Canadian Security Intelligence System. Pitting CSIS, the Royal Canadian Mounted Police and combined Armed Forces against one another, Sale constructs a complex plot, including a plan to assassinate Austria's prime minister, without forecasting the identity of the highly placed traitor. In perilous circumstances, John luckily remembers a seemingly unrelated detail in time for him and Harriet to escape death, with the promise of more adventures to come.
Copyright 1989 Reed Business Information, Inc.