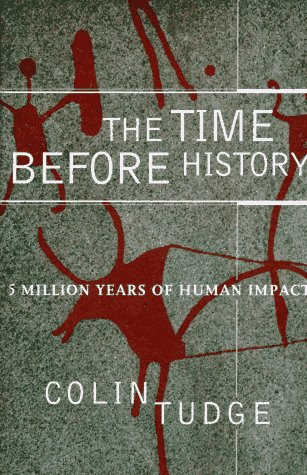 Chronicles the period in evolution during which human beings progressed from simians to hominids, citing the pivotal roles of climate, ecology, and geological movements while predicitng future changes

Colin Tudge is currently a Visiting Research Fellow at the Centre for Philosophy of the London School of Economics.

With majestic sweep and subtle wit, British science writer Tudge brings an astonishing perspective to the story of humanity by telescoping three intertwined dramas: the past 40,000 years, in which Homo sapiens truly got into its stride, set against the five-million-year history of hominids, set against the 3.5 billion years of life preceding the hominids' arrival. Tudge views primates (lemurs, monkeys, apes, humans) as a "fifth column," creeping up on other creatures over an 80-million-year period, rarely dominating but ultimately producing a lineage that evolved into us. He favors the multi-migration model of the "Out of Africa" hypothesis, which holds that Homo ergaster, not Homo erectus, evolved to produce modern Homo sapiens. Drawing on the latest research, he discusses the five mass extinctions that interrupted life on Earth; the drift of continents; the Tibetan plateau as the planet's principal cooling mechanism; the growth of our "all-purpose" brain and its invention of language. Tudge concludes by scanning the next million years, with emphasis on devising sustainable economies, conserving species and feeding the world's population. His eloquent, immensely rewarding synthesis fosters a new appreciation of the interdependence of our fragile biosphere. BOMC, QPB, History Book Club and Library of Science alternates.
Copyright 1995 Reed Business Information, Inc.