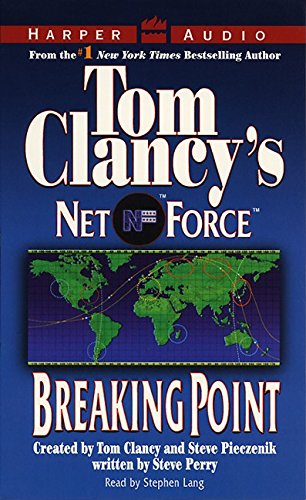 In the year 2010, computers are the new superpowers. Those who control them control the world. To enforce the Net Laws, Congress creates the ultimate computer security agency within the FBI: the Net Force.

Reeling from a shattered personal life, Net Force Commander Alex Michaels is informed that top secret information from a joint Air Force-Navy venture has been accessed and downloaded. The research involves an atmospheric weapon with the capability to drive half a country into madness using low frequency wave generation. Now the technology has fallen into the wrong hands -- and testing has begun...

A powerful examination of America's defense and intelligence systems of the future, Tom Clancy's Net Force TM is the creation of Tom Clancy and Steve Pieczenik.

Tom Clancy is the author of numerous #1 bestselling novels including Rainbow Six, Executive Orders, and Debt of Honor. Steve Pieczenik is the author of State of Emergency and co-creator of Tom Clancy's Op-Center series.