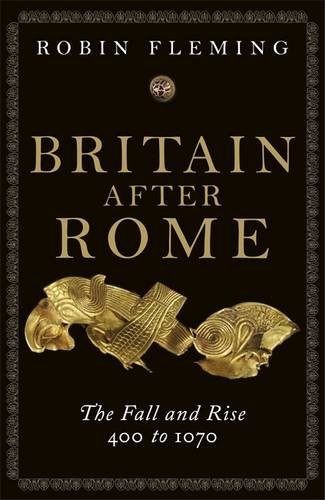 The enormous hoard of beautiful gold military objects found in a field in Staffordshire has focused huge attention on the mysterious world of 7th and 8th century Britain. Clearly the product of a sophisticated, wealthy, highly militarized society, the objects beg innumerable questions about how we are to understand the people who once walked across the same landscape we inhabit, who are our ancestors and yet left such a slight record of their presence. Britain after Rome brings together a wealth of research and imaginative engagement to bring us as close as we can hope to get to the tumultuous centuries between the departure of the Roman legions and the arrival of Norman invaders nearly seven centuries later. As towns fell into total decay, Christianity disappeared and wave upon wave of invaders swept across the island, it can be too easily assumed that life in Britain became intolerable - and yet this is the world in which modern languages and political arrangements were forged, a number of fascinating cultures rose and fell and tantalizing glimpses, principally through the study of buildings and burials, can be had of a surprising and resilient place. The result of a lifetime of work, Robin Fleming's major new addition to the Penguin History of Britain could not be more opportune. A richly enjoyable, varied and surprising book, Britain after Rome allows its readers to see Britain's history in a quite new light.

Robin Fleming is the author of Kings and Lords in Conquest England and Domesday Book and the Law.She has taught for many years at Boston College and is currently Matina S. Horner Distinguished Visiting Professor at the Radcliffe Institute, Harvard University.

This is a very human and humane treatment of the forgotten people of early Britain... an exciting, often brilliant and always thought-provoking synthesis Times Literary Supplement