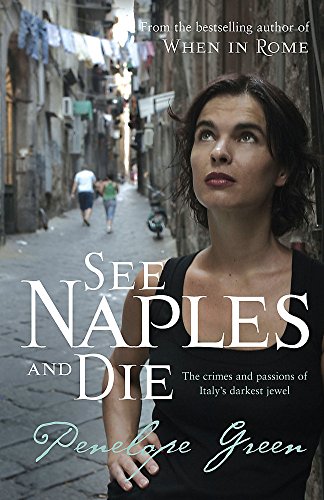 Penny Green returned to Italy after a holiday in Australia ready for a challenge. She was looking for a new job and romance, and found work and perhaps love in the toughest Italian city of them all Napoli.Penny takes on her new home with almost the same open acceptance she had when she first arrived in Rome four years ago. Now, though, she is older, wiser and more experienced when it comes to breaking into a new city.She writes with a feeling of growing love for the Neapolitans, for the beauty of the city s waterfront, and the delights of the old town. But she is realistic she also steps into the city s underworld and sees for herself how the Camorra operate and how they will murder for no reason.Penny delves into the myths about Naples to discover what aspects of those myths are true today. To help in her investigations she talks to people from all walks of Neapolitan life from the mayor, to her colleagues and landlady, to the family of Annalisa Durante who was killed by the Mafia, to the local friends she makes at cafes and parties.The result is a colourful, first-hand account of life in a city that is filed with fear, crime, rubbish, beauty, great food, generous inhabitants and a thrilling sense of living every moment to the fullest.

Penelope Green was born in Sydney and worked as a print journalist around Australia for a decade before moving to Rome in 2002. Her first book, When In Rome: Chasing La Dolce Vita, recounts her early experiences in the Eternal City. In 2005 she moved to Naples to work for ANSAmed, a Mediterranean news service created by the Agenzia Nazionale Stampa Associata (ANSA), Italy's biggest news agency. She found an apartment in the city s colourful Spanish Quarter and is now working hard at mastering the Neapolitan dialect. Green continues to contribute to various publications, including Australian Gourmet Traveller and marie claire. Previous Books: When In Rome (Bfmt 07/06).

Buy Used
Condition: Good
Ships from the UK. Shows some signs... Learn more about this copy

Book Description Hachette Australia, 2007. Condition: Good. Ships from the UK. Shows some signs of wear, and may have some markings on the inside. Seller Inventory # GRP106522683