Items related to Cardinal of the Krem (Lib)(CD)

Cardinal of the Krem (Lib)(CD) 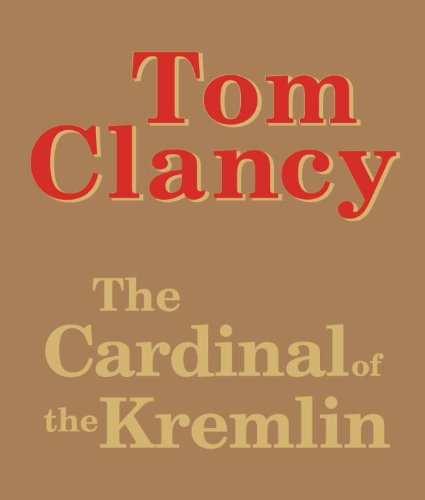 Jack Ryan risks all in the Soviet Union as the superpowers clash over Star Wars in Tom Clancy's acclaimed fourth international No 1 bestseller -- now reissued with a new cover. The superpower arms negotiations appear to be making progress. But a US spy satellite reveals that the Soviets are building a massive laser-defence system controlled from an other-worldly array of pillars and domes in the Soviet hills at Dushanbe near the border of war-torn Afghanistan. The Americans need more information. The man to give it is Colonel Mikhail Filitov of the Soviet Union, codename Cardinal, America's highest-placed agent in the Kremlin. But Filitov's cover is about to be betrayed to the KGB, and CIA adviser Jack Ryan must rescue Filitov and bring him to safety!

Two men possess vital data on Russia's Star Wars missile defense system. One of them is CARDINAL--America's highest agent in the Kremlin--and he's about to be terminated by the KGB. The other is the one American who can save CARDINAL and lead the world to the brink of peace--or war.

Mikhail Filitov is a war hero and Red Army Colonel, but his CIA code name is "Cardinal." A chance encounter in a Moscow subway leads the KGB to begin a hunt--for the spy in top echelons of power. From the author of Clear and Present Danger, The Hunt for Red October and Red Storm Rising, enter a world of high-wire, high-tech international intrigue that reaches from the bloody dust of Afghanistan to the use of lasers in space. The US and the USSR are negotiating a treaty that could lead to war--or peace--while their secret espionage armies are locked in the ultimate struggle. What the Cardinal knows could change the course of history. What a maverick CIA man named Ryan must do is outduel the KGB--and bring the Cardinal out alive!