Items related to In the Air (The Young Library, Disaster!)

Jason Hook In the Air (The Young Library, Disaster!)

In the Air (The Young Library, Disaster!) 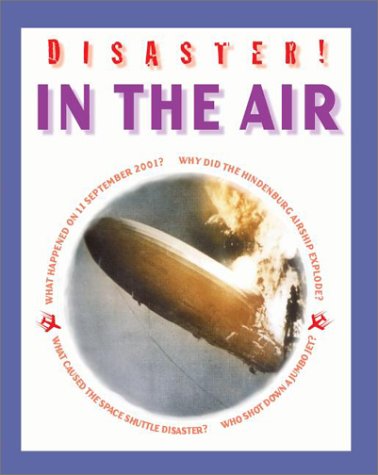 Looks at noted aircraft disasters, including the explosions of the Hindenburg and the Challenger, the downing of a Korean airliner by Soviet fighters, and the September 11, 2001 terrorist attacks, and discusses efforts to find causes.

Jason Hook studied history at Kent University and now lives in Sussex where he works as a freelance editor and writer for children, specializing in history. He was senior history editor at Wayland for four years before going freelance. - Paul Mason is a freelance history writer having formerly been an editor for a children's publisher for many years. He has written over 40 titles for a number of publishers including Oxford University Press and Hodder. Paul lives in Brighton. - Dr Jen Green is a full-time writer who has worked in publishing for 15 years. She received a English and American studies doctorate from the University of Sussex in 1982. She has written well over 100 books for children. Jen Lives in Sussex.

Book Description Capstone. Library Binding. Condition: Very Good. A copy that has been read, but remains in excellent condition. Pages are intact and are not marred by notes or highlighting, but may contain a neat previous owner name. The spine remains undamaged. An ex-library book and may have standard library stamps and/or stickers. At ThriftBooks, our motto is: Read More, Spend Less. Seller Inventory # G0739863150I4N10