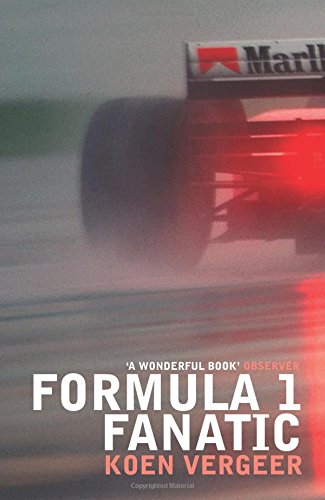 FORMULA 1 FANATIC is a passionate and evocative history of the ultimate in motor-racing from the early 1970s to the present. Vergeer interweaves the lives and deaths of such legendary drivers as Gilles Villeneuve and Ayrton Senna with the progress of his own longtime obsession. His accounts of the titanic fights between the top drivers - like the ‘professor' Alain Prost (cool and precise) and the ‘son of God' Senna (fast but unpredictable) or Damon Hill (burdened by his father's reputation) and Michael Schumacher (infallible) - are matched by the ferocious rivalry between the top teams. For anyone enthralled by motor-racing, FORMULA 1 FANATIC is a feast of recognition and nostalgia.

Koen Vergeer is the author of two novels, SAGRADA FAMILIA and DOSSIER DELVAUX. He is a reporter on the Belgian daily paper DE MORGEN and regularly covers Formula 1 and other motor-racing events. He lives in Utrecht. David Colmer is the author of the novella LEW, which will be published in Holland in 2003. His stories have appeared in Australia, Belgium and the UK. He has translated work by Annie M.G. Schmidt, Bart Moeyaert and Benno Barnard. He lives in Amsterdam.