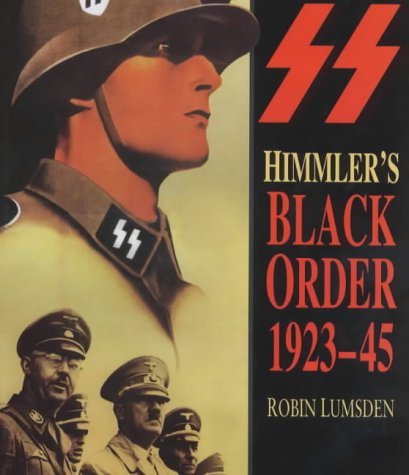 The book covers in detail the origins, development and organization of both Waffen-SS and the Allgemeine-SS, as well as the little known story of the Germanic-SS, staffed by foreigners in Western Europe.

Robin Lumsden MA is a Police Inspector with the Fyfe constabulary. He is an expert on the history of Hitler's Third Reich and on the SS in particular. He has written six books on the subject, as well as a large number of articles over the years for military magazines. He lives in Scotland.

Once again Robin Lumsden has produced a first rate book on the history of the S.S. This book is essential reading for the reader who wants to seperate fact from fiction and make an unbiased evaluation of the S.S. as fighting troops and not just as "Death Camp" guards --A Customer

Very good book, about the story of the German SS. --Nuno Fernandes