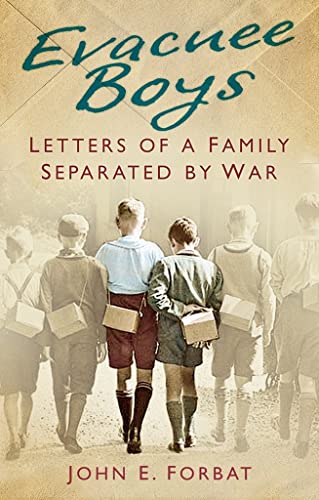 Unique set of two boys’ letters interspersed with an account of life back in London by their father. Humorous and poignant record of the hardships of evacuation and the Blitz. Insight into a Hungarian Jewish family in Britain in the 1940s. Although they had been living in England since 1936, John and Andrew Forbat’s Hungarian family became Enemy Aliens at the onset of WWII. Aged 11 and 14, the two brothers were evacuated to a disadvantaged part of Melksham in Wiltshire, to find themselves in straitened circumstances, cut off and far from home. Their many letters home throughout the war, with details of their schooling, bullying, friendships and constant pursuit of more pocket money, form a humorous and at times tragic testament to the hardships of war. Interspersed with diary entries made by the boys’ father back home in Blitz-torn London and further recollections from the younger brother John, Evacuee Boys is as full a record of war-torn Britain as one family could provide.

John E. Forbat was born in Hungary but emigrated to England in 1936 with his family. In 1939, along with thousands of other children, he and his older brother Andrew were evacuated away from London to a deprived part of Melksham, Wiltshire. Returning to London later in war, John went on to become the youngest Fireguard in the London Blitz, He later completed a BS in Aeronautical Engineering, married, and raised 5 children. He now lives in Weybridge, Surrey.

1. Evacuee Boys: Letters of a Family Separated by War