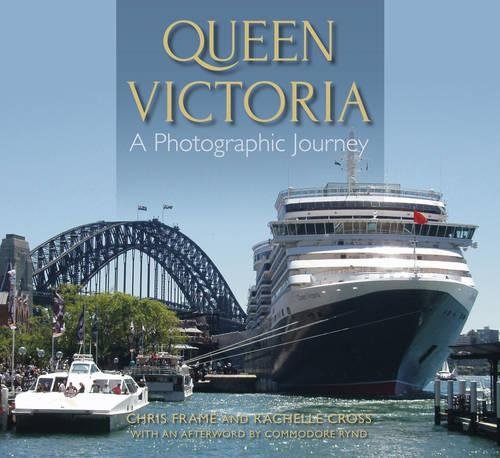 Now available in paperback, a sumptuous photographic record of one of the world's most memorable and majaestic ocean liners

Queen Victoria was the first in a new breed of Cunard Ships: her unique design is enhanced to give her the ability to cross the North Atlantic. Not quite ocean liner, not quite cruise ship, she represented a new era for the Cunard Line. Introduced to service in 2007, Queen Victoria's reign is young; however, she has had a notable career with royal engagements, tandem Atlantic crossings, and Gala-World Cruises where she has been welcomed with open arms. This book takes the reader on a journey through the public rooms: from exquisite Grand Lobby to Royal Court Theater. Complemented with photographs taken by the authors, this book creates a lasting memento of a voyage aboard Cunard's stately monarch.

Christopher Frame and Rachelle Cross coauthored The QE2 Story and QM2: A Photographic Journey. They have a website relating to QE2, QM2, QV, and historic liners at www.chriscunard.com.

Book Description The History Press 2013-05-15, 2013. Paperback. Condition: Poor. The top of the spine area is a little damaged. Content slightly affected but does not affect the read or binding at all. Book. Seller Inventory # 124336-6

Book Description Paperback. Condition: Very Good. The book has been read, but is in excellent condition. Pages are intact and not marred by notes or highlighting. The spine remains undamaged. Seller Inventory # GOR007596589