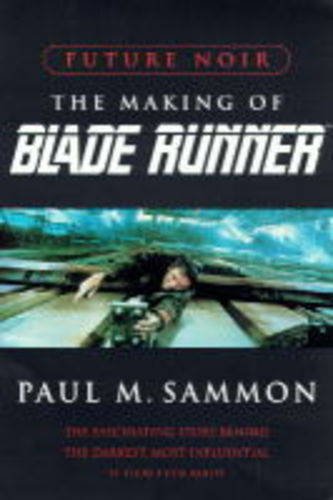 The fascinating story of the making of the most influential science fiction film ever made. Contains hitherto unseen production photos; an exclusive interview with Ridley Scott, cast interviews and a complete annotated bibliography.

Paul M. Sammon has written for The Los Angeles Times, The American Cinematographer, Cahiers Du Cinema and Cinifantastique. His fiction has appeared in many collections and he is editor of the best selling American Splatterpunks series. As a film maker Paul M. Sammon has produced, edited and directed dozens of documentaries on films such as Platoon, Dune and Robocop. He is the author of Future Noir: The Making of Blade Runner and his latest book is about the making of the movie Starship Trooper directed by Paul (Robocop) Verhoeven.

Buy Used
stains on sides **SHIPPED FROM... Learn more about this copy

Book Description Orion, 1997. Hardcover. Condition: Used; Acceptable. stains on sides **SHIPPED FROM UK** We believe you will be completely satisfied with our quick and reliable service. All orders are dispatched as swiftly as possible! Buy with confidence!. Seller Inventory # 3496988

Shipping: US$ 23.08
From United Kingdom to U.S.A.
Destination, rates & speeds