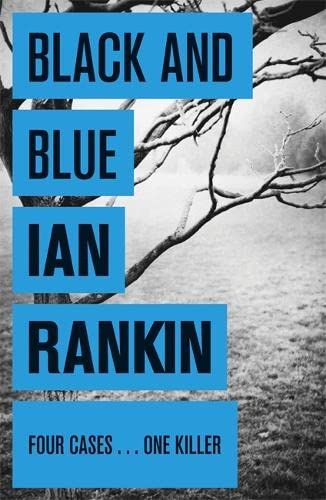 Rebus is juggling four cases trying to nail one killer - who might just lead back to the infamous Bible John. And he's doing it under the scrutiny of an internal inquiry led by a man he has just accused of taking backhanders from Glasgow's Mr Big.

"I'm a peeper, he thought, a voyeur. All cops are. But he knew he was more than that: he liked to get involved in the lives around him. He had a need to know which went beyond voyeurism. It was a drug. And the thing was, when he had all this knowledge, he then had to use booze to blank it out..." In his ninth outing, Edinburgh's glowering and tenacious Inspector John Rebus finds a unique way of cutting back on alcohol. Convinced that Rebus might lie or try to destroy evidence in the reopened case of a man convicted of a murder he probably didn't commit, the investigating officer assigns him a babysitter. Luckily, the minder is one of Rebus's old mentors, Jack Morton, a former drinking buddy now waging a successful battle against the bottle. Rebus and Morton burn off energy and anger repainting Rebus's apartment, while trying to clear Rebus's name and exploring the connection between a recent string of murders and a real-life Scottish serial killer of the 1970s known as Bible John. The cases take Rebus to Aberdeen and an oil platform in the North Atlantic, but as usual the main action happens within the mind and soul of Rankin's meticulously crafted creation. Previous entries in the memorable Rebus series are also available, including Let It Bleed, Hide and Seek, Knots and Crosses, Mortal Causes, and Tooth and Nail.

Born in the Kingdom of Fife in 1960, Ian Rankin graduated from the University of Edinburgh in 1982, and then spent three years writing novels when he was supposed to be working towards a PhD in Scottish Literature. His first Rebus novel was published in 1987, and the Rebus books are now translated into thirty-six languages and are bestsellers worldwide.Ian Rankin has been elected a Hawthornden Fellow, and is also a past winner of the Chandler-Fulbright Award. He is the recipient of four Crime Writers' Association Dagger Awards including the prestigious Diamond Dagger in 2005. In 2004, Ian won America's celebrated Edgar Award for Resurrection Men. He has also been shortlisted for the Anthony Award in the USA, won Denmark's Palle Rosenkrantz Prize, the French Grand Prix du Roman Noir and the Deutscher Krimipreis. Ian Rankin is also the recipient of honorary degrees from the universities of Abertay, St Andrews, Edinburgh, Hull and the Open University.A contributor to BBC2's Newsnight Review, he also presented his own TV series, Ian Rankin's Evil Thoughts. Rankin is a number one bestseller in the UK and has received the OBE for services to literature, opting to receive the prize in his home city of Edinburgh, where he lives with his partner and two sons. www.ianrankin.net Twitter @Beathhigh