Items related to Far From The Madding Crowd

Far From The Madding Crowd

Far From The Madding Crowd 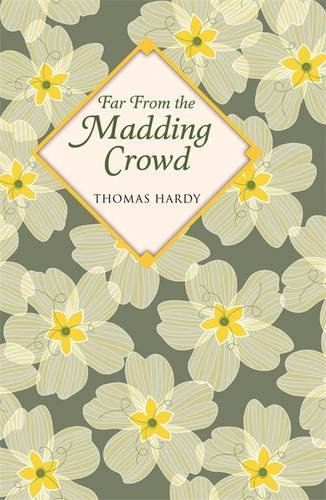 A young man falls victim to his own obsession with an amorous farm girl in Thomas Hardy's classic novel of fate and unrequited love. Unabridged. 20 CDs.

Thomas Hardy (1840-1928) was an English poet and regional novelist whose most notable novels are "Far from the Madding Crowd" and "Tess of the D'Urbervilles." British narrator John Lee has read audiobooks in almost every conceivable genre, from Charles Dickens to Patrick O'Brian. He has won numerous Audie Awards and "AudioFile" Earphones Awards, and he was named a Golden Voice by "AudioFile" in 2009.

1. Far From The Madding Crowd

Book Description Bounty, 2011. Paperback. Condition: Used; Good. **Simply Brit** Shipped with Premium postal service within 24 hours from the UK with impressive delivery time. We have dispatched from our book depository; items of good condition to over ten million satisfied customers worldwide. We are committed to providing you with reliable and efficient service at all times. Seller Inventory # 2632168

2. Far From The Madding Crowd

Book Description . Paperback. Condition: Very Good. The book has been read, but is in excellent condition. Pages are intact and not marred by notes or highlighting. The spine remains undamaged. Seller Inventory # GOR005218634