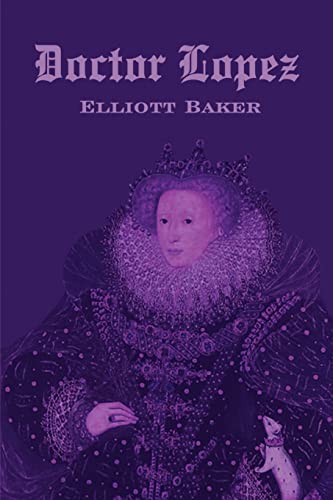 Dr. Roderigo Lopez was anunexpected choice to be Queen Elizabeth's personal physician, since she hadlong insisted that none but English hands would touch any part of her.ż Lopez was a Marrano (a Portuguese Jew who'dconverted to Christianity) so his appointment can only be attributed to thevarious intrigues at work within her court. Scholars of the Tudor age deny that there was anyevidence that Lopez was involved in a plot to poison the Queen, the charge thatled to his execution.ż Doctor Lopezrelies more on fact than fiction in telling of this great injustice in Englishhistory.

Elliott Baker was born in 1922 in Buffalo, New York,graduated from Indiana University, and was an infantry rifleman in World WarII. His works have been published in numerous countries and languages. Theseinclude his novels, A Fine Madness(1964), The Penny Wars (1968), Pocock & Pitt (1971), Klynt's Law (1976), And We Were Young (1979), UnhealthfulAir (1988), and Doctor Lopez(1995). A partial autobiography, UnrequitedLoves, was published in 1974 and a collection of essays, Baedolatry, in 1992. He has written forboth television and motion pictures (receiving an Emmy nomination for hitteleplay The Entertainer), and hisfiction and non-fiction have appeared in publications ranging form GQ Magazine to The Elizabethan Review. In 1997, Indiana University awarded him itshighest honor given to an alumnus, The President's Medal for Excellence "formaking a positive and profound impact in the literary field."