Items related to Webcomics: Tools and Techniques for Digital Cartooning 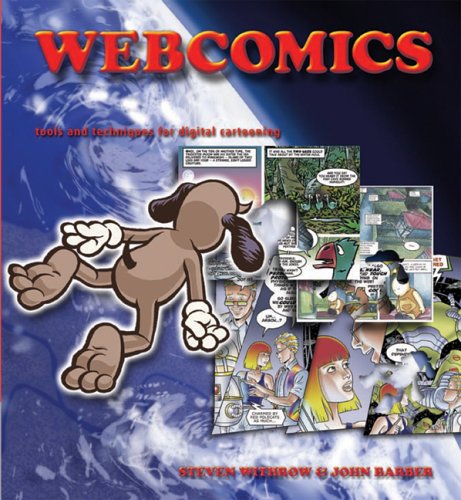 This instructive guide to an exciting new art medium was written for the cartoonist who knows a lot about drawing, color, and design, but doesn't know how to apply his talents to computer technology. Webcomics shows artists how to get into the fast-growing field of online comics. Created digitally and distributed on the Internet—some for free; others on subscription—webcomics range in style from traditional looking cartoon strips to innovative works that often integrate imagery from photography, video, and other visual arts. This book offers detailed advice on how to design, create, and publish online comics. It also showcases the best webcomics work being produced today. Interviews with leading artists walk readers through all the essential steps in the various creative processes, starting with a story idea and developing it into a finished graphic narrative. More than 400 full-color illustrations, diagrams, and examples of webcomics works.

Webcomics is an introduction to one of today’s fastest growing and most exciting areas of publishing—online comics. Created digitally and distributed on the Internet—sometimes for free, sometimes on subscription—webcomics represent both a new type of publishing and a brand new art form. They range in style from traditional-looking cartoon strips to innovative, experimental works that may integrate imagery from photography, video, and other sources, and feature audio soundtracks, animation, and interactivity. Webcomics offers an in-depth look at what is happening in this area—revealing who the pioneers are, what sort of work they’re doing, and what kind of digital tools and techniques they employ. Combining profiles of well-known webcomics creators with detailed workthroughs that reveal the nuts and bolts of every aspect of comic creation and presentation, this book is a must for anyone interested in where comics are headed in the 21st century.

Steven Withrow is creator of the weekly digital comics series, Crackles of Speech, as well as a writer and editor specializing in the world of digital comics.

John Barber works as writer, illustrator and programmer on the webcomics site, Modern Tales, where his regular comic strip, Vicious Souvenirs, is published.