Items related to The Warrior Heir 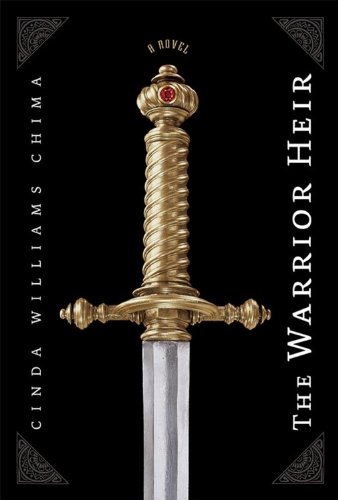 Before he knew about the Roses, 16-year-old Jack lived an unremarkable life in the small Ohio town of Trinity.  Only the medicine he has to take daily and the thick scar above his heart set him apart from the other high-schoolers.  Then one day Jack skips his medicine.  Suddenly, he is stronger, fiercer, and more confident than ever before.  And it feels great until he loses control of his own strength and nearly kills another player during soccer team tryouts.

Soon, Jack learns the startling truth about himself:  He is Weirlind; part of an underground society of magical people who live among us.  At the head of this magical society sit the feuding houses of the Red Rose and the White Rose, whose power is determined by playing The Game a magical tournament in which each house sponsors a warrior to fight to the death.  The winning house rules the Weir.

As if his bizarre magical heritage isn’t enough, Jack finds out that he’s not just another member of Weirlind he’s one of the last of the warriors at a time when both houses are scouting for a player.

Cinda Williams Chimais theNew York TimesBest-selling author ofThe Warrior Heir,The Wizard Heir,The Dragon Heir,and the first book in The Seven Realmsseries, The Demon King.She wrote her first novels in middle school. Cinda is a graduate of The University of Akron and Case Western Reserve University. She lives in Ohio with her family. You can visit her on the web at www.cindachima.com

Grade 5-9–An apparently ordinary 16-year-old boy turns out to have magical powers that make him a target of a covert society of wizards, enchanters, and warriors called the Weir. Jack's small-town world in Ohio begins to unravel when he starts to unleash unintentional bursts of wizardry. When he recovers a powerful sword from an ancestor's grave, he begins to realize how different he really is. A battle with a wizard and some magic-laced conflicts at his high school keep the pages turning while the truth about Jack's destiny slowly emerges. The scene switches to Great Britain, where he learns that he must participate in a duel to the death against a mysterious opponent. Many details about the Weir are initially hidden from readers, as well as from Jack, so the gradual revelations about the society are involving and often surprising. Jack makes a fairly convincing hero. He is disbelieving at first and reluctant throughout, but ultimately finds a way to utilize his new powers without sacrificing his honor or basic decency. An appealing mixture of supporting characters includes relatives with various magical abilities, a couple of nonmagical but loyal friends, and an engaging assortment of villains. Occasional plot developments are unconvincing, as when Jack's protective aunt, an enchanter, takes him straight into the clutches of a wizard who clearly wants the young warrior in her power. For the most part, though, the teen's unavoidable involvement in the intricate world of the Weir is suspenseful and entertaining.–Steven Engelfried, Beaverton City Library, OR
Copyright © Reed Business Information, a division of Reed Elsevier Inc. All rights reserved.