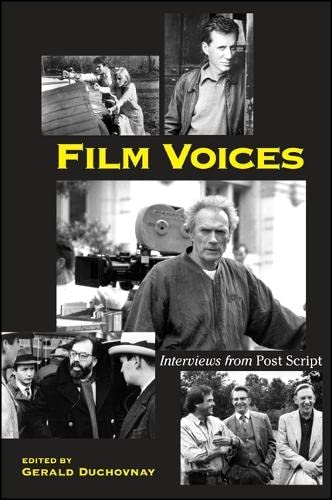 Interviews with prominent filmmakers, actors, and others on the art, craft, and business of moviemaking.

This collection of interviews brings together major Hollywood directors and actors, independent filmmakers, screenwriters, and others to discuss the art, craft, and business of making movies. Whether it be Clint Eastwood or Francis Ford Coppola, Vittorio Storaro or Dede Allen, these filmmakers detail how they strive for quality, the price they pay to do so, and how new technologies and the business aspects of filmmaking impact all aspects of their creativity. Taken together, the interviews reveal much about filmmaking practices in and out of Hollywood.

Gerald Duchovnay is Professor of English and Head of the Department of Literature and Languages at Texas A&M University at Commerce. He is general editor of the international film journal Post Script: Essays in Film and the Humanities and author of Humphrey Bogart: A Bio-Bibliography.

"Instead of adhering to the usual tendencies to valorize prominent Hollywood figures, this book balances 'mainstream' directors with 'independent' and international voices. And, most innovatively, the book extends the notion of filmmaker beyond directors to include editors, actors, screenwriters, and cinematographers. The interviews provide fascinating insights into each filmmaker's work and his or her views on filmmaking, and they contain a wealth of information about conditions of production, styles of filmmaking, the selection and use of actors, the filmmakers' conceptions of editing, the uses of lighting and color, cinematography, and cultural, political, and aesthetic points of view."