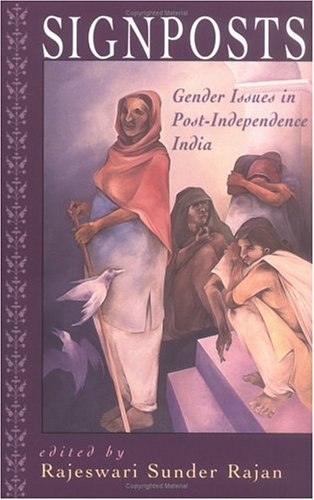 As a newly-independent nation-state, India saw itself as initiating progressive social change, increasing economic prosperity and encouraging the advancement of political ideals. Though the reality has been a vastly different one of struggle, compromise, and the lapse of ideals, there have been some hard-won gains in these areas. Issues of gender have been central to the process of new nation-state formation.

The essays in this volume map the concerns of gender onto the terrain of nation, finding significant connections, disjunctions, and tensions between them. The authors argue that for any cultural analysis to be performed in the context of the decolonized nation-space, gender must take centre stage.

The essays explore gender as a point of crisis in the cultural, social and political space of the nation. They attribute the existence of these crises to conflicts between gender, on the one hand, and family, community and nation on the other. These are then analyzed in terms of female identity, subjectivity and agency within a narrative of historical modernity.

Rajeswari Sunder Rajan is the author ofReal and Imagined Women: Gender, Culture, and Postcolonialismas well as other books and articles on South Asian gender issues, and feminist and postcolonial theory. She will soon be joining the English faculty at the University of Oxford.

"...imaginative and rigorous scholarship...this book raises many and varied issues of great concern to scholars in gender and development studies, and activiats in the women's movement....It is bound to interest students of contemporary Indian society and politics." - The Statesman "A courageous and intellectually dazzling series of confrontations between Indian feminists and the specters of difference that haunt them. Required reading for anyone concerned with the stubborn complexities of postcolonial justice." - Bruce Robbins, English Department, Rutgers University"