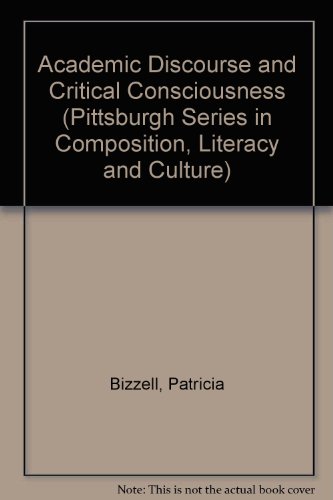 This collection of essays traces the attempts of one writing teacher to understand theoretically - and to respond pedagogically - to what happens when students from diverse backgrounds learn to use language in college. Bizzell begins from the assumption that democratic education requires us to attempt to educate all students, including those whose social or ethnic backgrounds may have offered them little experience with academic discourse. Over the 10 year period chronicled in these essays, she has seen herself primarily as an advocate for such students, sometimes called "basic writers". Her early work rejects the assignment of language deficits or cognitive deficiencies to basic writers. Instead, she calls attention to the social circumstances that unequally condition students' experience of, and proficiency with, academic discourse. She conceived and promoted the concept of "discourse community", now widely influential in composition studies, to highlight the social, cultural and political elements present in any instance of language use. Bizzell's views on education for "critical consciousness" are represented in most of the essays in this volume. But in the last few chapters, and in the intellectual autobiography written as the introduction to the volume, she calls her previous work into question on the grounds that her self-appointment as an advocate for basic writers may have been presumptuous, and her hopes for the politically liberating effects of academic discourse displaced. She concludes by calling for a theory of discourse that acknowledges the need to argue for values and a pedagogy that can assist these arguments to proceed more inclusively than ever before. Organised chronologically, the essays in this volume present a picture of how the author has grappled with the major issues in composition studies over the past decade. In the process, she sketches a trajectory for the development of composition studies as an academic discipline.

Patricia Bizzell is professor of English at the College of the Holy Cross in Worcester, Massachusetts.

Book Description Univ of Pittsburgh Pr (Txt), 1992. Condition: Good. Shows some signs of wear, and may have some markings on the inside. Seller Inventory # GRP113912630