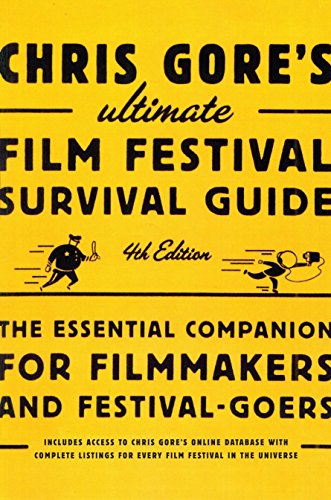 The guerrilla guide to marketing and selling an indie film.

Some people are just there for the loot bags. But most of the people at a film festival are trying to market and sell an independent film. Don’t be just one of the horde. Use Chris Gore’s Ultimate Film Festival Survival Guide to help your indie film stand out! Entertainment Weekly loves Gore’s book, calling it a “treatise on schmoozing, bullying, and otherwise weaseling one's way into the cinematic madness known as film festivals.” The newly revised and updated fourth edition includes full listings for more than 1,000 film festivals, with complete tips and contact information, plus in-depth analysis of the Big Ten festivals. With detailed, fresh how-tos for marketing, distributing, and selling a film and using websites to build buzz, plus interviews with top festival filmmakers, step-by-steps on what to do after your film gets accepted, and explanations of how to distribute a film, Chris Gore’s guide tells filmmakers exactly how to become a player in the indie world. Chris Gore’s Ultimate Film Festival Survival Guide includes complete listings for more than 1,000 festivals—find the best for indie, documentary, short, student, digital, and animation, and a CD-ROM!

Chris Gore is a writer and filmmaker, the creator of FilmThreat.com, and the host of the IFC TV series Ultimate Film Fanatic. He has traveled the world to more than 100 film festivals. Gore finally ventured into filmmaking as the writer and producer of My Big Fat Independent Movie.