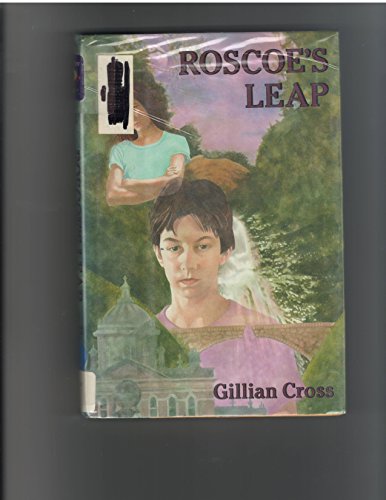 Gillian Cross is one of Britain's most prominent children's authors. She has won both the major awards - the Whitbread Children's Novel Award and the Carnegie Medal - and many others

Grade 8 Up A chilling psychological drama from a master of suspense. A young man researching Roscoe's Leap, the 200-year-old home of an eccentric millionaire, upsets the tightly controlled household in which 15-year-old Hannah and 12-year-old Stephen live with their mother. On the other side of the house, whose two wings are built on either side of a waterfall, live mad Great-Uncle Ernest Roscoe, grandson of the original owner; and Doug, his nephew and companion. The atmosphere of the home is tenseconversation is polite, no questions are asked, no voices ever raised. All of this ends when the stranger's research reveals the French Terror, a life-size model of a guillotine that has working parts. It is this guillotine around which the threads of the story are woven. Characters act their roles perfectly, from the mother who is as unbending and rigid as the rock into which the house is built; to tormented Stephen, blocking out some terrifying event from his childhood; and mechanical Hannah, who prefers machines to people, for she can control them. In a breathtaking conclusion, the events of the past become the present, and secrets are unveiled. This is a compelling but difficult story, but it is well worth the effort and thought that it takes. It demands a second reading in order to pick up all that is beneath the surfacethe guilt, the hedging, the unraveling of emotional armor with which the characters have protected themselves. All of the pieces of the story, as well as Cross' expert choice of words and language patterns, fit as neatly together as Hannah's beloved machines, leaving no loose ends or extra parts. It is a tragic story, and yet at the end, readers can hope that the pieces of the family will be put back together. Trev Jones, ``School Library Journal''
Copyright 1987 Reed Business Information, Inc.

Book Description Holiday House, 1987. Hardcover. Condition: Good. Dust Jacket Condition: Good. 160 pages; ex-library with usual markings, dmg to pastedowns and endpapers; light wear to boards and jacket; Roscoe's Leap - that's the name of the strange old house where Stephen and Hannah had grown up. For Hannah, it was a place where the heating was always breaking down and she was the one who had to fix it. But for Stephen, it was a place of secrets, a place where something had once happened to him, something dark and terrifying which he couldn't quite remember, yet couldn't quite forget. When history student, Nick Honeyball arrives, Stephen's emotions are thrown into turmoil. Here's a man whose obsession with revealing the patterns of the past, begins to unlock the terror that Stephen has kept inside him for so long. Seller Inventory # kb013648