Items related to Committed to the Flames: The History and Rituals of...

Arturo De Hoyos; S. Brent Morris Committed to the Flames: The History and Rituals of a Secret Masonic Rite

Committed to the Flames: The History and Rituals of a Secret Masonic Rite 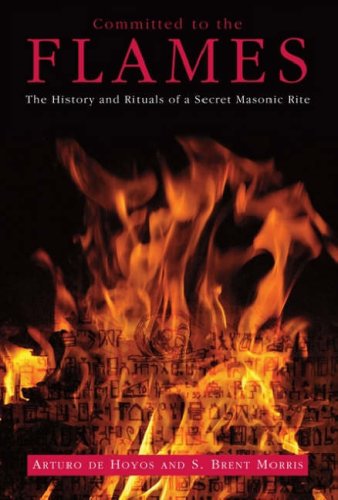 In 1826 Robert Benjamin Folger, a recent graduate of medical school and a new Master Mason, filled a book with the enciphered Craft rituals of the Rectified Scottish Rite, a high-grade revision of the rite of Strict Observance. well-known in Europe but unknown in the UNited States. His introduction directed thatthe rituals be "committed to the Flames" upon his death. FOrtunatley for Masonic historians instructions were not followed. Folger went on to prepare at least two other books of rituals. A man of tremendous talents, strongpassions, and curious contradictions, Folger was twice expelled from Masonry by the Grand Lodge of New York and participated in at least six clandestine Supreme Councils, but died a Master Mason in good standing. The book gives full transcriptions of all og his rituals, an analysis of their place in Masonry and biographies of Folger and his major contemporaries in his Masonic work.

Arturo de Hoyos,is American's foremost authority on this history and rituals of the Ancient & Acceptable Rite (Rose Croix) and most other Masonic organizations and is the author, editor, and translator of several books on Freemasonry. In 2001 he was a premier recipient of the Scotish Rite Research Society's A;bert Gallatin Mackey Award for Excellence in Masonic Scholarship and in 2007 he received the Mackey Award for Lifetime Achievement. Brent Morris is Managing Editor of the Scottish Rite Journal of the Supreme Council, the largest circualtion Masonic magazine in the world. He has a BA, MA, and PhD in mathematics and an MS in computer science. He is the only American to be Worshipful Master of Quatuor Coronati Lodge no. 2076, the premier lodge of reseach. In 2001 he was a premier recipient of the Scottish Rite Research Society's Albert Gallatin Mackey Award for Lifetime Achievement

1. Committed To The Flames: The History And Rituals Of A Secret Masonic Rite