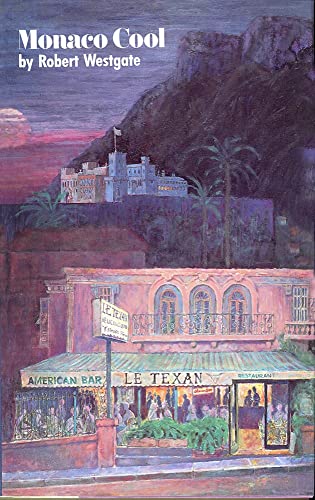 Here is a cheeky, irreverent look at Monaco, and the quirky characters who populate the fairy-tale Principality. A trendy Tex-Mex saloon in the "native" quarter becomes the author's second home as he attempts survival in the world's swankiest neighborhood. The Principality's most eccentric characters cling to Le Texan like algae to a Venice wharf-it is the hub of MONACO COOL.

Westgate and his family recently spent several months living in Monaco, where they saw this glamourous mini-country as only a privileged few do. His experiences would seem to be the perfect foundation for a book: an insider's guide to the real Monaco. Unfortunately, Westgate does not approach his topic seriously, and his biting, tongue-in-cheek style wears thin after the first chapter or two. The Monaco that emerges from these pages is as appealing as slam dancing at the local junior high. Westgate does not limit himself to Monaco; his hopscotch prose style mimics his travels, as he verbally abuses most of Western Europe and its inhabitants. What could have been a gem of a book instead leaves a bad taste in one's mouth.
- Jane Gilliland, Carnegie Mellon Univ., Pittsburgh
Copyright 1993 Reed Business Information, Inc.

"...an engaging , often hilarious insider look at life in a rich lane, a place where many visit, but few live" (Philadelphia Inquirer)

"A bar fly who writes about the intrigue and lunacy of life, [the author] may be to Monaco what Hemingway was to Havana" (The Today Show)