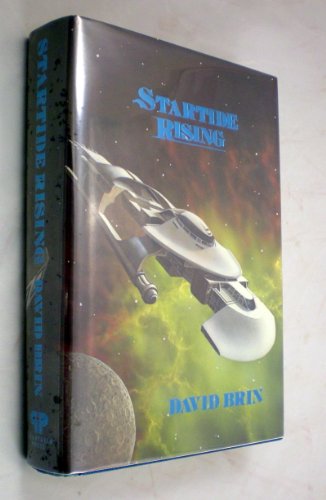 After crash-landing on an uncharted planet, the human and dolphin crew of a spaceship from Earth battle fleets of alien warships

Book Description Hardcover. Condition: Very Good. Dust Jacket Condition: Near Fine. 1st Edition. Signed and personalized on the title page. Bumped a little on the heel of the spine. Jacket in mylar protector. This is one of the trade editions, not the numbered, slipcased eitions. Signed by Author(s). Seller Inventory # 098890

Book Description Hardcover. Condition: Very Good. Item is in very good condition. If supplemental codes/CDs for textbooks are required please contact us prior to purchasing as they may be missing. Photos are stock pictures and not of the actual item. Seller Inventory # DS-0932096387-2

Book Description Hardcover. Condition: Near Fine. Dust Jacket Condition: Near Fine. Limited Edition; 1st Printing. This edition is limited to 375 numbered copies signed by the author. This is copy #308. This book is in Near Fine condition and has a Near Fine dust jacket. The book and its contents are in clean, bright condition. The text pages are clean and bright. The dust jacket is crisp and clean and the slipcase is in Near Fine condition. "Brin's Jewish heritage is the source of two other strong themes in his works. Tikkun Olam ("repairing the world", i. E. People have a duty to make the world a better place) is originally a religious concept, but Brin, like many non-orthodox Jews, has adapted this into a secular notion of working to improve the human condition, to increase knowledge, and to prevent long-term evils. Brin has confirmed that this notion in part underscores the notion of humans as "caretakers" of sentient-species-yet-to-be, as he explains in a concluding note at the end of Startide Rising; and it plays a key role in The Uplift War, where the Thennanin are converted from enemies to allies of the Terragens (humans and other sapients that originated on Earth) when they realize that making the world a better place and being good care-takers are core values of both civilizations. " (from Wikipedia); Signed by Author. Seller Inventory # A41587

Book Description Hardcover. SF novel. Second book in the long-running Uplift sf series, sequel to Sundiver (1980). Winner of both the 1984 Hugo and 1983 Nebula awards for best novel. First published as a paperback original, this first hadcover edition has textual revisions: plus a new introduction by Edward Bryant. LIMITED EDITION: 375 numbered copies signed by the author and slipcased. This is no 158. Fine copy in a fine dustjacket and slipcase (as new). First hardcover edition (& 1st printing). Seller Inventory # 18811