Items related to The Olmec World: Ritual and Rulership

The Olmec World: Ritual and Rulership 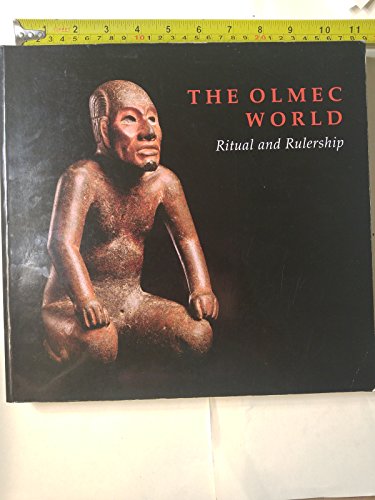 Between 1400 and 400 BC, in what is now Mexico and Central America, the Olmec people created a magnificent culture, one too often overshadowed by those of the Maya and the Aztec. This catalogue accompanies an exhibition of over 250 Olmec works of art - ceramic, jade and stone - on display at the Art Museum, Princeton University in December 1995, and travelling to the Museum of Fine Arts, Houston. Essays by prominent scholars offer interpretations of such topics as the power of objects within the context of the Olmec ritual system. These identify and illustrate the fundamental themes of Olmec small-scale sculpture, the sacred role of the maize in Olmec ideology, and the relationship of Olmec culture to later civilizations. An illustrated glossary of motifs and symbols is provided to clarify the often highly abstract style and encoded iconography of the Olmec. The book also includes precise mineralogical descriptions of the lithic materials they used.

1. The Olmec World: Ritual and Rulership

2. The Olmec World: Ritual and Rulership