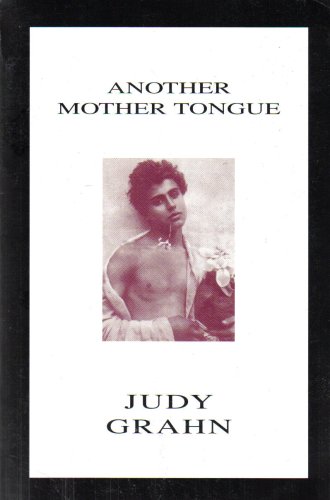 TRIANGLE CLASSICS, ILLUMINATING THE GAY AND LESBIAN EXPERIENCE. Winner of the 1985 Gay Book Award of the American Library Association, Judy Grahn's "Another Mother Tongue: Gay Words, Gay Worlds" is a wondrous interweaving of lesbian and gay cultural history, autobiography, mythology, etymology, spirituality, and ritual. Hailed when it was published as "groundbreaking... funny, intelligent, and proud" (San Francisco Chronicle) and "personally rewarding, richly entertaining, definately revolutionary and treasurable landmark" (Bay Area Reporter), the book continues to inspire seekers, readers, and writers. Spanning centuries and across cultures, Grahn tours lesbian and gay life on a self-described "shashay down the lavender trail". She covers a remarkable range -from Amazon queens to Celtic fairies; from tribal-king sacrifices of Europe and Asia to contemporary violence against gay men; from the significance of the color purple and rainbows to the origins of "butch" and "femme". Aleong the way, Grahn draws from her own life and sets herself in the larger context of people and events in the modern gay and lesbian movement. Throughout, she addresses the memory of her " dear first lover" Von (Yvonne Mary Robinson) with great emotional impact. Powerful also, in Grahn's exactingly detailed insistence of the everpresence of an ancient and contionous gay culture, "Another Mother Tongue" is more than gay history, more than autobiography... It is a book of discovery and celebration, of pain and courage, of humor and love" says SOYOURNER. And, as CHRISTOPHER STREET has noted, "[Judy Grahn's] reminisces touch moments in all our lives".