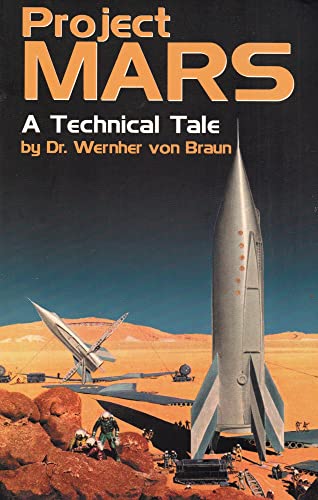 This never-before-printed science fiction novel by the original "rocket man," Wernher von Braun, combines technical fact with a human story line in the way that only a true dreamer can realize. Encompassing the entire story of the journey, this novel moves from the original decision for a Mars mission, through the mission planning, the building of the mighty space ships, the journey, the amazing discoveries made on Mars, and the return home. The author's attention to the actions and feelings of the characters—both those who went and those who stayed behind—makes this an adventure of human proportions, rather than merely another fanciful tale. This exclusive von Braun treasure comes complete with an appendix of his original technical drawings, made in the late 1940s, on which the story's plot is based.

Dr. Wernher von Braun was instrumental in developing Germany’s V-2 rocket during World War II. After the war, he emigrated to the United States and became a driving force behind America's space-launch vehicles. America's first satellite and the Apollo spacecraft that landed on the Moon were launched by rockets designed by von Braun. He is the author of The Mars Project.