Items related to Kong and Other Works

Sneed, Pamela Kong and Other Works

Kong and Other Works 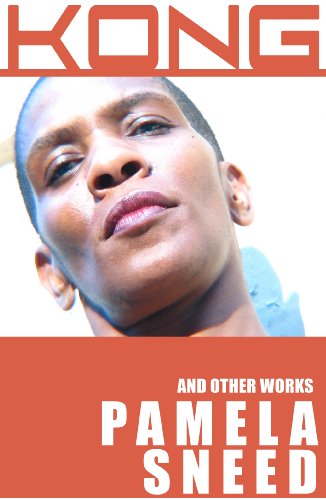 Poetry. African American Studies. Gay and Lesbian Studies. Pamela Sneed offers readers a tremendous gift in the collection KONG AND OTHER WORKS. These poems are histories, written but mainly unwritten, showing how social movements constructed around race, gender, and sexuality impact the individual. It is about current events, family, ancestors and pioneers, healing, hope, and love. KONG shifts effortlessly between the comedic and the critical while never losing sight of the author's aim: to offer a work that is transformative, intellectual, emotional, and spiritual. Primarily inspired by Sneed's two trips to Ghana, West Africa, KONG uses both the film King Kong and the journey of an African man kidnapped from his homeland as metaphors. At its heart, KONG is a resilient protest work, and a luminescent and universal call for freedom.

About the Author:
Pamela Sneed is a New York-based poet, performer, writer and actress. She is the author of Imagine Being More Afraid of Freedom Than Slavery, published by Henry Holt (1998). Sneed has been featured in the New York Times Magazine, The New Yorker, The Source, Time Out, VIBE, Karl Lagerfeld's Off the Record, and on the cover of New York Magazine. In 2001, 2002, and in 2005 she headlined the New Work Now Festival at Joe's Pub/Public Theater and performed before sold-out houses. Sneed is a recipient of the 2006 Baxten Award for Performance.
Review:
With Kong, Pamela Sneed has given us a gorgeous geography of her wanderings through literature and history, travel and memoir. She is a writer for the future, in that she defies genre. --Hilton Als, Staff Writer, The New Yorker

[Her] words are life rafts, buoyed up by her anger and her compassion. We should cling to them until we see the shore. --Jewelle Gomez, Activist and Author of The Gilda Stories

When the bridges on your back have burned, when the thing dies by way of betrayal, disappointment, racism, lying, sexism, malnutrition, manipulation, immaturity, un-sophistication, tackiness, bullets, cancer, AIDS, poverty, slavery or genocide and the open casket reveals your lover, mother, brother, sister, boss, friend, comrade, savior, movement, hopefully like Sneed you kept a pen handy and you wrote about it all. Rose above it all. To be larger-than-life is not just about the exaggeration of fashion and affectation. It means that you have squared up to it when it showed up. Shouldered it. When the life-monkey on your back is love, you write KONG, something big and bad and historical and hysterical and sweeping and when it show up for you storied, miffed, mythed, psychically and astrally-projected, swinging limb-to-limb, it is the infallible poet that knows that it was you who brought it here, brought this giant of a book out by insisting that Sneed had to cross the middle passage chartered between you and her. --Marvin K. White, Author, Our Name Be Witness