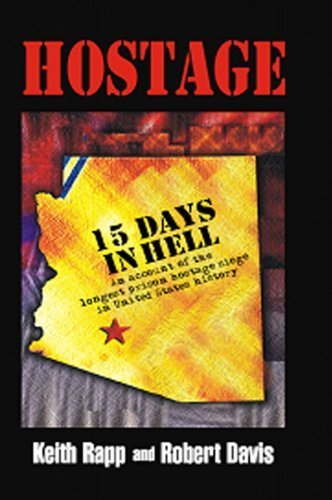 Sunday January 18th, 2004 started out just like every other workday for Correctional Officer Lois Fraley as she prepared for her job at the State of Arizona's Lewis Correctional Facility. She said goodnight to her thirteen-year old daughter Kyla and headed off into the evening for her "graveyard" shift in the heavily-armed Morey Unit Tower alongside rookie Correctional Officer Jason Auch. Little did she know her life was about to take a horrifying turn. By the time her shift is over there will be a variety of physical, sexual and mental assaults; including stabbings, rapes and gun battles. A young man will have his new dreams crushed, while a woman named Lois Fraley will begin a journey of survival with no idea to what extent her spirit will be tested. "Hostage:Fifteen Days in Hell" tells the true story of the longest prison hostage stand-off in US history, during which two violent felons held the State of Arizona, Prison and Law Enforcement officials at bay for over two weeks - and riveted the attention of the entire state and much of the nation on the Morey Unit Tower - by taking two on-duty correctional officers hostage after a failed escape attempt. Going inside The Tower and behind the scenes with prison officials and hostage negotiators, "Hostage" gives readers an authentic look at the wild and turbulent emotional roller coaster ride that Ricky K. Wassenaar and Steven John Coy took their hostages and prison authorities on during the two week siege. Written by former hostage negotiators Keith Rapp and Robert Davis, the book "Hostage" takes its audience through an emotionally riveting yet technically fascinating exploration of the events that took place over two long weeks in the Arizona desert. This courageous story reveals the determination and strength of character within The Survivor Lois Fraley, who becomes the lone hostage after Jason's release on Day Seven.