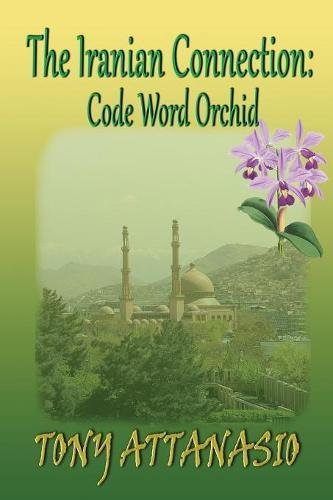 "The Iranian Connection: Code Word Orchid", an internationally-flavored novel, which relates the actions of Hezbollah operatives who wish to detonate a nuclear device in New York City in order to weaken The United States' support for Israel in post September Eleventh months as well as disrupt the US economy. Anti-terrorist organizations work at odds with, and then in concert with, one another to foil the deadly explosion. The story develops characters on both sides of the plot and it highlights the now infamous non-cooperation among law enforcement agencies in the United States that made the Office of Homeland Security a reality. It is believed that while previous works such as "The Sum of All Fears" have several common story-elements, "The Iranian Connection: Code Word Orchid" is unique in its content and delivery of authentic details of recent anti-terrorism efforts in The United States. Tony Attanasio has had a long career in investigating organized crime, money-laundering, and anti-terrorism which is obvious in this - his 3rd book. His previous two books have received national acclaim and five star reviews Tony has consulted for Robert DiNiro in establishing authenticity for his film RONAN. Tony is currently teaching at a major SE Florida college and researching his next book - The Silent Crescent. This book will focus on the plight of women in Islam.

Book Description Global Authors Publishers, 2013. Condition: Good. A+ Customer service! Satisfaction Guaranteed! Book is in Used-Good condition. Pages and cover are clean and intact. Used items may not include supplementary materials such as CDs or access codes. May show signs of minor shelf wear and contain limited notes and highlighting. Seller Inventory # 098465366X-2-4

Book Description Roxby Media Limited. Paperback. Condition: Good. A copy that has been read, but remains in clean condition. All pages are intact, and the cover is intact. The spine may show signs of wear. Pages can include limited notes and highlighting, and the copy can include previous owner inscriptions. At ThriftBooks, our motto is: Read More, Spend Less. Seller Inventory # G098465366XI3N00