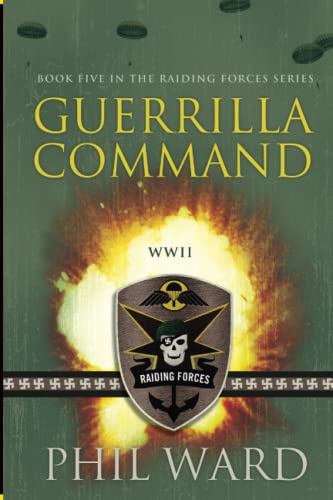 In this sequel to Roman Candle, U.S. Major John Randal, commander of Strategic Raiding Forces, returns in Guerrilla Command, the third book in a trilogy within the Raiding Forces Series about the Abyssinian Campaign. In Guerrilla Command Major John Randal leads the Abyssinian guerrilla army he has raised against the Italians in central Abyssinia in the final phase of his private guerrilla war. Col. Orde Wingate and the Patriots enter Abyssinia in the north and begin a cross country advance to Addis Abba. Attacking out of the Sudan with the 4th and 5th Indian Divisions the Kaid runs into trouble at the mountain fortress of Kerne on the way to the Red Sea Port of Massawa. While East Africa Force out of Kenya races up the coast to Mogadishu then across the desert to Addis Abba with Sir Terry Stones Lounge Lizard Yeomanry armored car regiment leading the way in the fastest blitzkrieg in history. This is the story of an extraordinary military campaign that has been lost to history.

Phil Ward is a decorated combat veteran commissioned at age nineteen. A former instructor at the Army Ranger School, he has had a lifelong interest in small unit tactics and special operations. He lives on a mountain overlooking Lake Austin with his beautiful wife, Lindy, whose father was the lieutenant governor to both Ann Richards and George W. Bush.