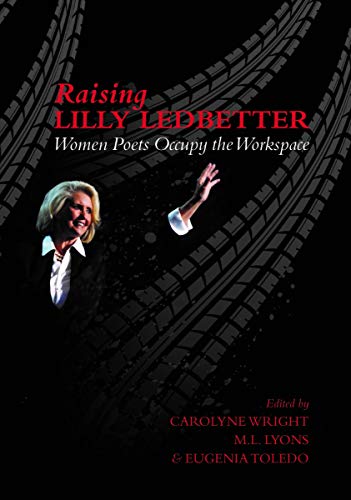 When President Obama signed the Lilly Ledbetter Fair Pay Act in 2009, poets Carolyne Wright and Eugenia Toledo felt the need to hear from women about their workplace experiences ― not just pay and promotion inequity, sexual harassment, and intimidation ― but the increasing range of women's occupations and options in a globalized world. Wright and Toledo, along with coeditor M. L. Lyons, have brought together voices of women poets in the workspaces they occupy: from cotton rows to corner suites, trawlers to typing pools, nursing stations to space stations, factory floors to faculty offices. These voices, American as well as international, bear witness to women's workplace lives, and act to re-envision and refigure the world of work for women.

About the Author:
Carolyne Wright is the author of nine books of poetry, four volumes of poetry in translation from Spanish and Bengali; and a collection of essays. She teaches for the Northwest Institute of Literary Arts' MFA Program and for Seattle's Richard Hugo House. She is a contributing editor for the Pushcart Prizes. Eugenia Toledo was born in Temuco, Chile, grew up in the same neighborhood as Pablo Neruda, and came to the U.S. for doctoral studies after her university instructorship was eliminated following the 1973 military coup. She has published four books of poetry and a creative writing text in Spanish. An award-winning bilingual manuscript of poems is Trazas de mapa, trazas de sangre / Map Traces, Blood Traces. With her husband, Toledo divides her time between Temuco and Seattle. M. L. Lyons was born and raised in Southern California by her Iranian father and American mother. As a longtime advocate for women's rights, she created the first Women in the Arts Festival at the University of Washington. Her poetry and prose have appeared in Raven Chronicles, Terrain.org and Pontoon, among other publications.