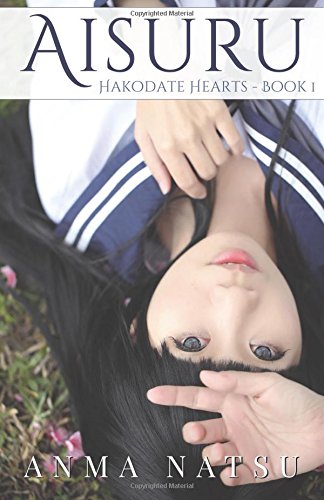 "You told me before that you'd never regret meeting me. Do you still feel that way now?"

Party? Cake? Friends? No, for Sakura Takeshi, her eighteenth birthday wasspent meticulously preparing for her coming death. But all of herplanning didn't include meeting the star of her late guardian's fairytales in her garden one night.

Now she has a handsome yokai nowsharing her house and her bed, a jealous young tengu living in hercherry tree, a cheerful classmate determined to push past her walls tobe her first friend, and a heart in danger of being stolen.

Sakura's stoic acceptance of her fate is slipping, but with the end of her liferapidly approaching, is there any point in learning to live again?

Aisuru is a young adult love story with a charming prince of hero, a sweetlyconflicted heroine, a sprinkling of fantasy, and a little spice to warmthe heart.

"You told me before that you'd never regret meeting me. Do you still feel that way now?"

Eighteen-year-old Sakura has spent her high school years living in self-imposed isolation. She's carefully perfected her role as a cold, stuck up snob at school to keep her classmates, her teacher, the world at a distance so they will never learn the truth: about the night her father's mental illness tore her world apart, leaving her an orphan and living on borrowed time.

To help her get through the pain, the kind man who adopted her would spin fantastical stories about his childhood friend Kazuki, a magical yokai from another world. Harmless fairy tales to take her mind off things, or so she always thought...

Until the night she finds Kazuki lying wounded in her garden. With the handsome yokai now sharing her house, a jealous young tengu living in her cherry tree, and new friends pushing their way past her walls, Sakura's stoic acceptance of her fate is slipping.

But with the end of her life rapidly approaching, is she only setting herself up for heartache and regret?

Anma Natsu is a Texas-based podcaster and genre-hopping indie writer who explores the meaning and nature of love and human relationships through her stories.