Items related to Learning Logic 6.0 for Hurley's A Concise Introduction...

Learning Logic 6.0 for Hurley's A Concise Introduction to Logic 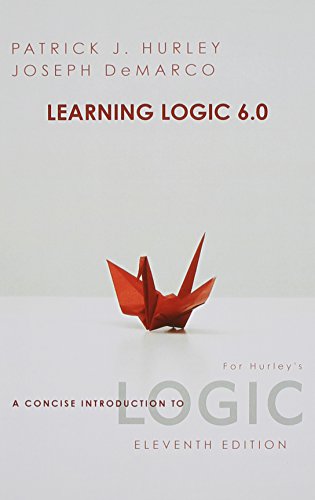 Learning Logic interactive tutorials provide students with additional review and practice with examples and exercises not found in the text. The program contains more than 11,000 sound files along with hundreds of engaging animations and cartoons that present the central concepts of logic. Thousands of interactive practice problems give audio and visual feedback for both correct and incorrect answers. Learning Logic is now available on Logic CourseMate. However, instructors who prefer the content on CD may still bundle the CD-ROM with the text, at no additional cost, or direct their students to purchase the CD as a stand-alone item.

1. Learning Logic 6.0 for Hurley's A Concise Introduction to Logic