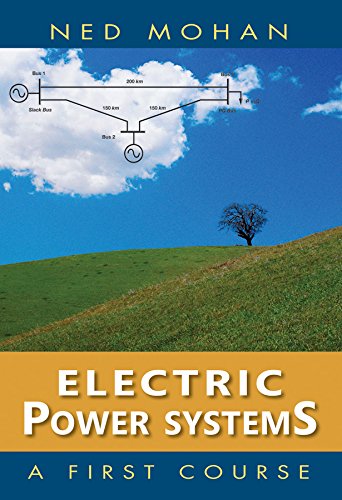 Author Ned Mohan has been a leader in EES education and research for decades.  His three-book series on Power Electronics focuses on three essential topics in the power sequence based on applications relevant to this age of sustainable energy such as wind turbines and hybrid electric vehicles. The three topics include power electronics, power systems and electric machines.

Key features in the first Edition build on Mohan's successful MNPERE texts; his systems approach which puts dry technical detail in the context of applications; and substantial pedagogical support including PPT's, video clips, animations, clicker questions and a lab manual.  It follows a top-down systems-level approach to power electronics to highlight interrelationships between these sub-fields.  It's intended to cover fundamental and practical design. This book also follows a building-block approach to power electronics that allows an in-depth discussion of several important topics that are usually left.  Topics are carefully sequenced to maintain continuity and interest.

Ned Mohan is the Oscar A. Schott Professor of Power Electronics in the Department of Electrical Engineering at the University of Minnesota, where he has been teaching for 33 years. He has written five textbooks; one of them has been translated into several languages.
He has 13 patents and has written over 200 technical articles. He is actively involved in the area of renewable energy and is working on the next generation of wind generators and storage.
He received the Distinguished Teaching Award by the Institute of Technology at the University of Minnesota. He is a Morse-Alumni Distinguished Teaching Professor and is a member of the Academy of Distinguished Teachers at the University of Minnesota. He received the Outstanding Educator Award from the Power Engineering Society of the IEEE in 2008. He is a Fellow of the IEEE.

Book Description 2012. Hardcover. Condition: New. Hardcover. This book is part of a three-book series for the sequence ofelectric power electives taught in most large universities'Electrical Engineering departments. Advances in hybrid-electriccars a.Shipping may be from multiple locations in the US or from the UK, depending on stock availability. 256 pages. 0.499. Seller Inventory # 9781118074794