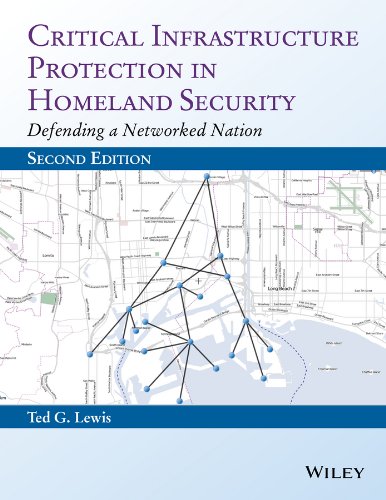 "...excellent for use as a text in information assurance or cyber-security courses...I strongly advocate that professors...examine this book with the intention of using it in their programs." (Computing Reviews.com, March 22, 2007)

"The book is written as a student textbook, but it should be equally valuable for current practitioners...this book is a very worthwhile investment." (Homeland Security Watch, August 17, 2006)

While the emphasis is on the development of policies that lead to successful prevention of terrorist attacks on the nation’s infrastructure, this book is the first scientific study of critical infrastructures and their protection. The book models the nation’s most valuable physical assets and infrastructure sectors as networks of nodes and links. It then analyzes the network to identify vulnerabilities and risks in the sector combining network science, complexity theory, modeling and simulation, and risk analysis.

The most critical components become the focus of deeper analysis and protection. This approach reduces the complex problem of protecting water supplies, energy pipelines, telecommunication stations, Internet and Web networks, and power grids to a much simpler problem of protecting a few critical nodes. The new edition incorporates a broader selection of ideas and sectors and moves the mathematical topics into several appendices.

Ted Lewis has over 35 published books to his credit, and extensive experience in both industry and academia. He served as a senior executive in DaimlerChrysler Corp, Eastman Kodak Company, and Oregon Advanced Computing Institute, as well as a professor of computer science at the University of Missouri-Rolla, University of Louisiana, Oregon State University, and the Naval Postgraduate School. Lewis was Editor-in-Chief of IEEE Software Magazine, IEEE Computer Magazine, and founded several of its periodicals.

Book Description Wiley, 2014. Hardcover. Condition: Good. used hardcover. no digital content. some wear from use including creases, scuffs on cover and may have some writing/highlighting. stickers on cover. Seller Inventory # SKU1006771

Book Description Wiley, 2014. Condition: Good. A+ Customer service! Satisfaction Guaranteed! Book is in Used-Good condition. Pages and cover are clean and intact. Used items may not include supplementary materials such as CDs or access codes. May show signs of minor shelf wear and contain limited notes and highlighting. Seller Inventory # 111881763X-2-4

Book Description Wiley, 2014. Hardcover. Condition: GOOD. Has little wear to the cover and pages. Contains some markings such as highlighting and writing. Supplemental materials are not guaranteed with any used book purchases. Seller Inventory # 111881763X_abe_gd

Book Description Wiley, 2014. Condition: Good. 2nd Edition. Shows some signs of wear, and may have some markings on the inside. Seller Inventory # GRP119553357