Items related to Saltopus and Other First Dinosaurs (Dinosaur Find) 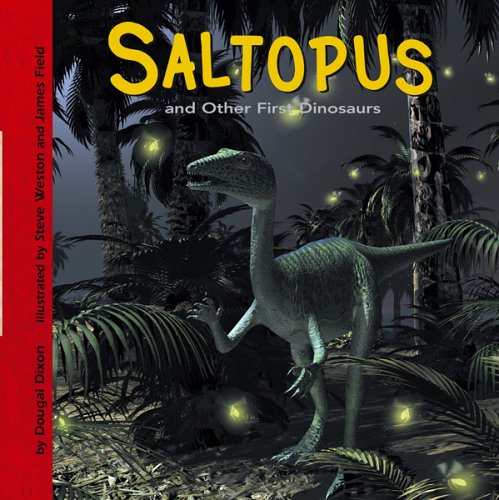 Describes some of the first dinosaurs that ever lived including the Saltopus, the Staurikosaurus, the Saturnalia, the Plateosaurus, the Lilensternus, the Melanorosaurus, the Abrictosaurus, and the Coelophysis.

Dougal Dixon has written more than 120 books, including many on dinosaurs, fossils, and Earth science subjects. Since 1980, Dougal has been a full-time freelance writer and editor. He enjoys researching out in the field. In 2004, he spent time in Montana excavating a Stegosaurus skeleton. His books have won the Times Educational Supplement, Primary School Book Award for Science in 1996, the Helen Roney Sattler Award from the Dinosaur Society in 1993, and the Educational Press Association of America Distinguished Achievement Award in 1993. Dougal lives in Wareham in Dorset, England, with his wife Jean. He has two children, Gavin and Lindsay.

These books are a sampling of the Dinosaur Find series published by Picture Window Books. Each book describes a selection of eight dinosaurs representative of the book's theme. Each dinosaur is briefly described and illustrated in a two-page spread. The f --Science Books & Films