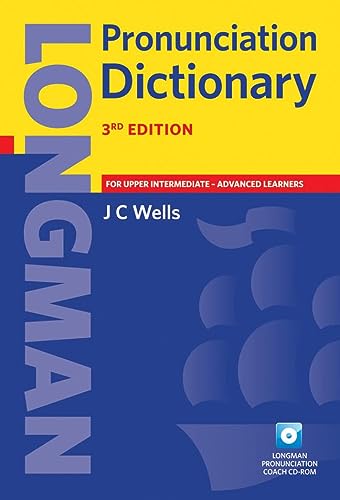 The Longman Pronunciation Dictionary is the most comprehensive and authoritative dictionary available.

John Wells is Emeritus Professor of Phonetics at University College London and is the former holder of the Daniel Jones Chair of Phonetics at the Univeristy of London. His interests centre on the phonetic and phonological description of languages but also extend to lexicography and language teaching. He directs UCL's annual Summer Course in English Phonetics. He is a frequent contributor to BBC radio (R2, R4, R5, BBC English). Based in Britain at UCL throughout his career, he has over the years given invited lectures in many different countries throughout the world. His best known publications are Accents of English (3 vols, Cambridge University Press 1982) and Longman Pronunciation Dictionary (Pearson Education, third edition 2008).