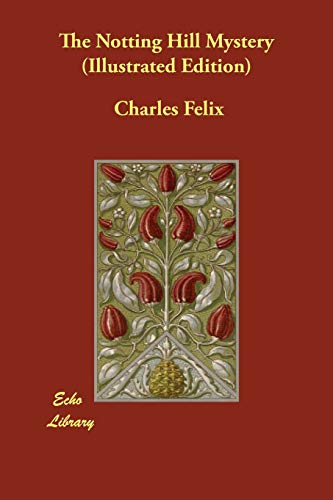 Charles Felix was the pseudonym of lawyer Charles Warren Adams. This book, first serialised in "Once a Week" from 1862-63 then published in book form in 1865, has been hailed as the first full-length work of detective fiction, predating Wilkie Collins and Emile Gaboriau. This edition includes the original illustrations by George du Maurier which accompanied the serialisation.

Charles Warren Adams was a journalist, traveller, lawyer and sole proprietor of the firm Saunders, Otley & Co, which published Once a Week, the magazine in which The Notting Hill Mystery was first published.

“The book is both utterly of its time and utterly ahead of it.”

“[T]he mystery that started them all is as masterful as anything it inspired.”

“Engrossing. . . . The Notting Hill Mystery follow[s] the epistolary tradition of police casebooks popular in the mid-nineteenth century, but in presenting the evidence systematically and showing the working of the detective, Adams hit[s] on something central to the detective mystery: the suspense created by revealing one narrative through another.” (Alice Spawls London Review of Books)