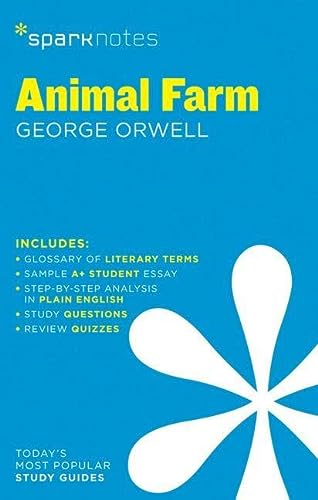 When an essay is due and dreaded exams loom, this title offers students what they need to succeed. It provides chapter-by-chapter analysis, explanations of key themes, motifs, and symbols, a review quiz and essay topics. It is suitable for late-night studying and paper writing.

ERIC ARTHUR BLAIR (1903 1950), better known by his pen name George Orwell, was an English author and journalist whose best-known works include the dystopian novel 1984 and the satirical novella Animal Farm. He is consistently ranked among the best English writers of the 20th century, and his writing has had a huge, lasting influence on contemporary culture. Several of his coined words have since entered the English language, and the word "Orwellian" is now used to describe totalitarian or authoritarian social practices.