Items related to A Princess of Mars

A Princess of Mars 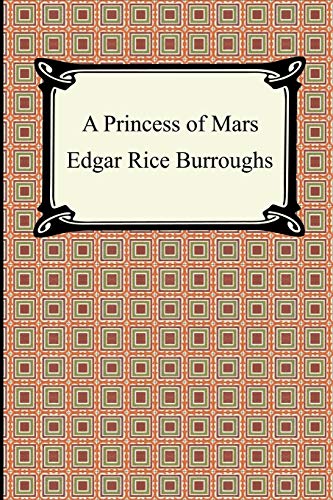 "A Princess of Mars" is the first tale in the classic Martian novel series of Edgar Rice Burroughs. At the center of the series is the protagonist John Carter, a Confederate Captain of the American Civil War, who finds himself mysteriously transported to the planet Mars. "A Princess of Mars" is both a romantic adventure and a science fiction tale of fantasy. John Carter finds himself captive by large four-armed green men along with the lovely princess of Helium, Dejah Thoris. Between them and a safe escape lies a treacherous landscape of strange creatures and mysterious deadly dangers.

Although Edgar Rice Burroughs (1875-1950) is justifiably famous as the creator of Tarzan of the Apes, that uprooted Englishman was not his only popular hero. Burroughs's first sale (in 1912) was A Princess of Mars, opening the floodgates to one of the must successful--and prolific--literary careers in history. This is a wonderful scientific romance that perhaps can be best described as early science fiction melded with an epic dose of romantic adventure. A Princess of Mars is the first adventure of John Carter, a Civil War veteran who unexpectedly find himself transplanted to the planet Mars. Yet this red planet is far more than a dusty, barren place; it's a fantasy world populated with giant green barbarians, beautiful maidens in distress, and weird flora and monstrous fauna the likes of which could only exist in the author's boundless imagination. Sheer escapism of the tallest order, the Martian novels are perfect entertainment for those who find Tarzan's fantastic adventures aren't, well, fantastic enough. Although this novel can stand alone, there are a total of 11 volumes in this classic series of otherworldly, swashbuckling adventure. --Stanley Wiater

This book is a large print version using a minimum of 16 point type in a 6 by 9 inch size and library bound. As with all Quiet Vision print books, it use a high grade, acid free paper for long life.

1. A Princess Of Mars

2. A Princess of Mars (Paperback or Softback)

3. A Princess of Mars

4. A Princess of Mars

5. A Princess of Mars

6. A Princess of Mars