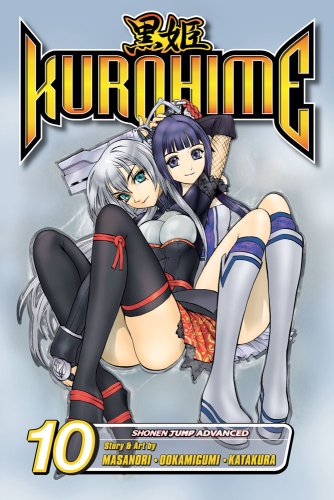 Kurohime is a buxom witch with the power to control magical guns. She once made the mistake of challenging the gods and was cursed for her foolishness! Transformed into a little girl named Himeko, she can only regain her former body and powers when she falls in love. But finding love in a world fraught with evil is no easy task.

The PunishersIn a twisted ritual, Zero has been reborn as "Dark Zero"...the replacement for Darkray, the god of death! Barely managing to escape this evil doppelganger, Kurohime heads to her next destination: the island of Shikoku, home of Seiryu, the Spirit King of Wind. On their way, the group decides to stop in the bustling city of Daitokai...only to run face to face with the Kurohime Punishment Squad, led by Sword, the former Death Angel! Without her witch-bullets, can Kurohime save herself, let alone Zero's soul?