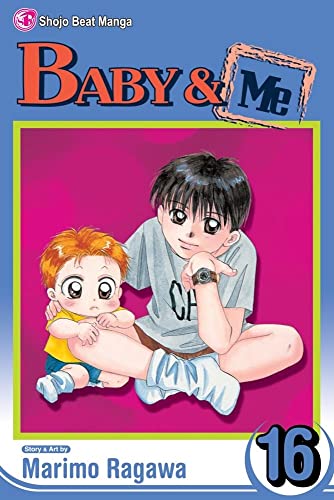 Ten-year-old Takuya has a new job: to look after his baby brother Minoru...looks like it’s time to put on the kid gloves! R to L (Japanese Style). Takuya and his friends share a beach house over summer vacation and run afoul of Moriguchi's foxy grandma, who loves checking out the hot young studs at the beach...and hates looking after kids. But when Minoru and his fellow toddlers get lost in the woods, it's grandma to the rescue! Then Takuya looks after a neighbor's talking parakeet, much to the delight of Minoru. What happens when Minoru gives into the temptation to let their guest out of his cage just once? Young Takuya has it tough. After his mother passed away it has been his job to take care of his baby brother, Minoru while their father, Harumi, works the long hours of a Japanese salaryman.

Marimo Ragawa first started submitting manga to a comic magazine when she was 12 years old. She kept up her submissions for four years, but to no avail. She decided to submit her work to the magazine Hana to Yume, where she received top prize in the monthly manga contest, plus an honorable mention (Kasaku) in the magazine's Big Challenge contest. Her first manga was titled Time Limit. Baby & Me was honored with a Shogakukan Manga Award in 1995 and was spun-off into anime.

Ragawa's work showcases some very cute and expressive line work along with an incredible ability to show complex emotions and relationships. Some of her other works include N.Y. N.Y and the tennis manga Shanimuni-Go.