Items related to Spiritual Signs and Lessons of a Cancer Survivor: Book...

Spiritual Signs and Lessons of a Cancer Survivor: Book Two 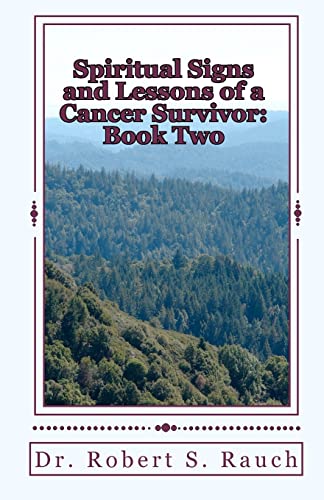 Dr. Rauch is a cancer survivor and in his book he shares inspirational life stories. Divine signs were guiding factors throughout his life and especially during his battle with cancer.

Dr. Rauch is a native of Brooklyn, New York and a Connecticut resident since 1976. He graduated from the University of Bridgeport with a B.A. in psychology in 1972, and then Georgetown Dental School in 1976. Dr. Rauch worked for a multidisciplinary practice for two years and then opened his Milford office in 1978. He married Diana in 1979, and now they have three children: Lauren, Michael and Bryan. He began his battle with cancer in 2005 and believes that part of his mission is to share hope and faith with others.

1. Spiritual Signs and Lessons of a Cancer Survivor: Book Two